I’ve been on the hunt for the perfect pair of winter boots this week. When it comes to shoes and boots, I do love a good designer piece but I have to admit, I’m also partial to a bargain. So this week as part of my hunt for the perfect boot, I’ve been scouring the internet in search of my favourite high end boots this season, and equally the very best high street alternatives for each of them. Some brands have been very naughty when it comes to their ‘inspired’ pieces this season, it’s hard to tell the difference!

The resulting 20 styles below are my top picks for the season… I have to admit I chose to purchase the top right pair from River Island and I’m very happy about that as I’ve been obsessing over the Givenchy version for months but couldn’t bring myself to part with £900 for them. I’d love to know which are your favourites? Whether you’re looking to invest in some new designer boots to last you for many winters to come, or you want a more affordable designer ‘inspired’ pair from the high street, there’s something for everyone in this post, but be warned, reading on may leave you feeling rather spendy indeed… All the images are click-able if anything catches your eye!

Everyone seems to be wearing these heavily-studded multi-buckle Givenchy boots this season, and the high street has exploded with copies over the past few weeks… Topshop’s sold out instantly, ASOS have done a pretty similar style but this one from River Island is the closest match and best quality. They’re missing the studs along the edge of the foot but I think I actually prefer the cheaper version.

Although these Balenciaga biker boots have been around for a while, they have become even more popular this winter, and these River Island ones are a great budget alternative. The buckles are different and the finish is slightly shinier, but for £45 they are the perfect way to get the look for a lot less.

The Chloe Susannah boots have been around for years, but they seem to be having a bit of a resurgence this year and copies are popping up left right and centre. The heavily studded, patterned, western-inspired, style is instantly recognisable and has been worn by almost every celebrity going. The best dupes I’ve found are these ones from Office. They come in black and red. The toe isn’t quite as defined and they aren’t quite as detailed, but pretty damn similar.

Isabel Marant’s rolling boots are a lightly more feminine, pointed alternative to some of the chunkier biker boots out there. They still have the studs and buckles, but the toe shape makes them a little more dainty. ASOS do this great alternative that doesn’t look like a straight copy, but worm with black tights you get an incredibly similar effect.

The Stuart Weitzman over the knee Highland boots are a classic wardrobe staple. I own a pair in black and wear them so much in the cooler months. So many people comment on them when I wear them, but they are pretty pricey at £665 so not in everyone’s budget. There are quite a few alternatives out there, but the closest match I’ve found are these ones from River Island. Sam Edelman also do some nicer quality ones than these called the ‘Kent’ but they are hard to find in black. If you’re after a grey or Burgundy pair though, I’d definitely recommend those. 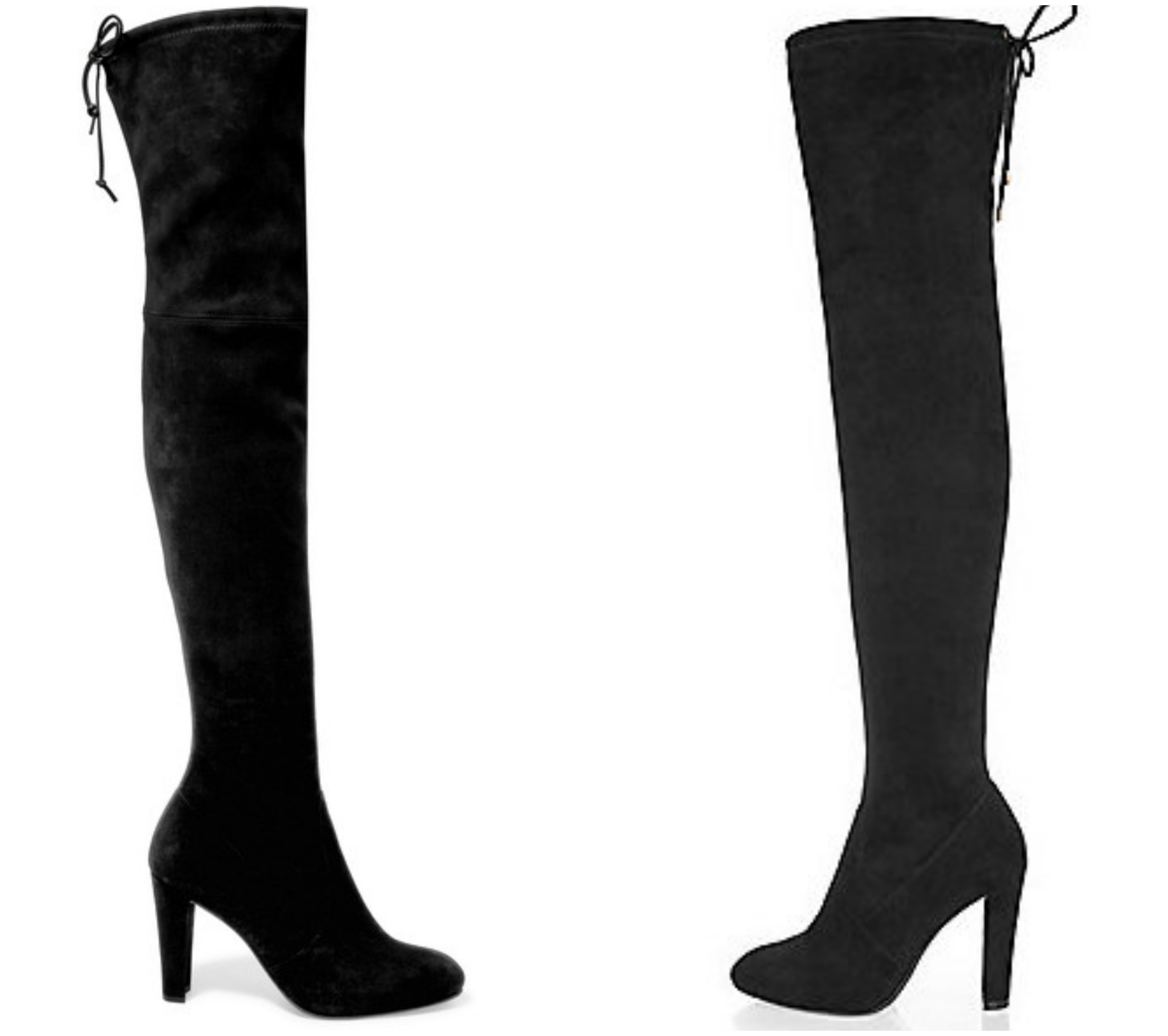 The western boot (minus all the studs of the Chloe Susannah) is still going strong this year, and makes a great staple as the shape is very flattering, they can be worn with jeans and dresses alike. Toga Pulla do the most beautiful detailed designs if you’re looking to spend a few hundred pounds, but if you want a cheaper alternative, this version from ASOS is perfect.

To balance out the flat-to-heel ratio, I wanted to include another heeled style I’ve been coveting this year. These detailed Windsor Smith boots are really beautiful and actually not as expensive as some of the other high-end options, but I also found a great ASOS alternative for less than £40 if you want to get the look. For me this kind of boot isn’t an everyday one, so I wouldn’t want to splash out on it.

Either of these boots would be an absolute wardrobe staple. The more affordable Topshop version is missing the studs, but is almost identical in shape to the Givenchy. These boots would literally go with everything. I bought Topshop’s similar design last winter and lived in them.

I’m not normally one for Public Desire as I think some of their inspired shoes just don’t cut it when it comes to quality, but these are a really good match for a boot that I probably wouldn’t choose to buy designer as it’s not a style I would wear frequently enough to justify the investment, but I do love these… both the high end and high street alternative.

You may also enjoy...